One software developer's search for meaning

In case you’re not familiar with Stump 360, here’s some possibly interesting information.

Stump is sort of approximately a game with two teams, the audience and the panel. It’s a quiz/trivia style event where each team poses questions to the other in the hope of stumping them. 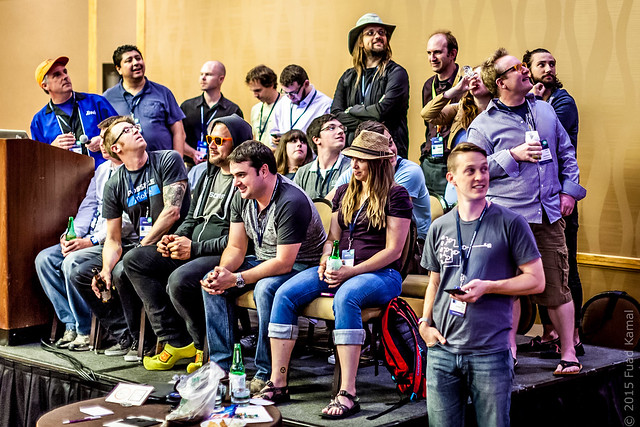 But don’t take the game too seriously. I certainly don’t. Ideally everyone will have some fun, and just maybe, some people will get correct answers to some of the questions. Having fun is more important than being able to recite complex technical answers from memory.

The panel is made up of volunteers from the speakers at 360iDev. The audience is, well, anyone else who shows up.

When I ask people if they’ll be on the panel, it’s common for them to respond that they’re not sure if they really belong in such an esteemed group. Leaving the psychology of impostor syndrome aside, it’s no accident that the word “expert” does not appear in the event title. Anyone who can convince John Wilker that they should speak at 360iDev is more than qualified, as far as I’m concerned.

Questions can be pretty much anything related to iOS and/or Apple in general, including historical Apple questions. Also, anything covered in any 360iDev talk is fair game as a question. When you attend a 360iDev talk, know that there’s a quiz on it later, and that quiz is at Stump 360. 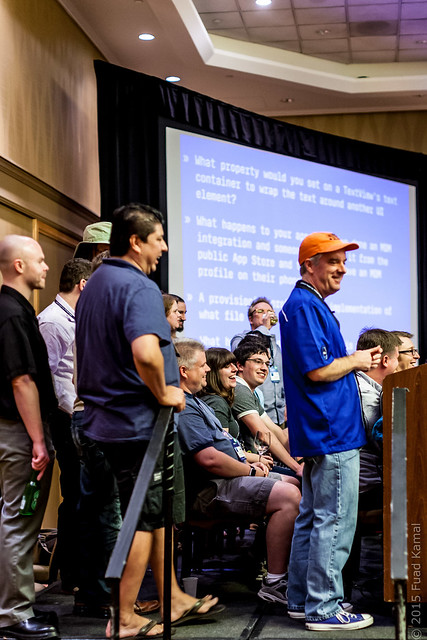 Teamwork is allowed! Nobody has to answer the question on their own unless they want to.

Also, this is an open book test, so anyone answering a question is free to use whatever resources they have at their disposal to find the answer.

Where it came from

Stump 360 is, to borrow a phrase from Eric Idle, “lovingly ripped off” from the Stump the Experts session that was once a staple of Apple’s Worldwide Developer Conference. It was always a highlight for me. When WWDC reached the point that it was hard to get tickets, I thought it would be nice to have a similar event for people who couldn’t get in. And so Stump 360 was born. It’s obviously not quite the same thing (we don’t have experts with 30 years of experience at Apple, for example) but we do what we can to carry on the tradition.

Got a question for Stump?

I uploaded the complete list of questions from 2015 to help get you thinking about good questions for Stump. I think my favorite was one from Ben Lachman, who asked:

What Foundation class contains two public methods that provide the same functionality excepting that one is spelled incorrectly?

Pictures of Stump 360 2015 in this post are by Fuad Kamal and are used by permission.